Sorry, you need to enable JavaScript to visit this website.

Our Story Started in Seattle

Discover what makes Starbucks unique—from our commitment to human connection and quality coffee to our welcoming cafés and delicious products you can enjoy at home.

It happens millions of times each week—a customer receives a drink from a Starbucks barista—but each interaction is unique.

It’s just a moment in time—just one hand reaching over the counter to present a cup to another outstretched hand. But it’s a connection.

At Starbucks, we make sure everything we do honors that connection—from our commitment to the finest quality coffee, to the way we engage with our customers and communities to do business responsibly. From Starbucks beginnings as a single store, in every place we’ve been and every place we touch, we’ve tried to make it a little better than we found it.

WHEN WAS STARBUCKS FOUNDED?

When the first Starbucks opened in 1971, our company was a single store in Seattle’s historic Pike Place Market. From just a narrow storefront, Starbucks offered some of the world’s finest fresh-roasted whole bean coffees. The name, inspired by Moby Dick, evoked the romance of the high seas and the seafaring tradition of the early coffee traders.

In 1981, Howard Schultz (Starbucks former chairman, president and chief executive officer) first walked into a Starbucks store. From his first cup of Sumatra, Howard was drawn into Starbucks and joined a year later.

In 1983, Howard traveled to Italy and became captivated with Italian coffee bars and the romance of the coffee experience. He had a vision to bring the Italian café tradition back to the United States. He wanted to create a place for conversation and a sense of community—a third place between work and home. He left the company for a short period of time to start his own Il Giornale cafés and returned in August 1987 to purchase Starbucks with the help of local investors.

The Starbucks name was inspired by Moby Dick,  evoking the seafaring tradition of the early coffee traders.

From the beginning, Starbucks set out to be a different kind of company. One that not only celebrated coffee and rich tradition, but that also brought a feeling of connection. Our mission is to inspire and nurture the human spirit—one person, one cup and one neighborhood at a time.

To say Starbucks purchases and roasts high-quality whole bean coffee is very true. That’s the essence of what we do—but it hardly tells the whole story.

Starbucks cafés  have become a beacon for coffee lovers everywhere. Why do they insist on going to a Starbucks  café? Because they know they can count on genuine service, an inviting atmosphere,  and a superb cup of expertly roasted and richly brewed coffee every time. 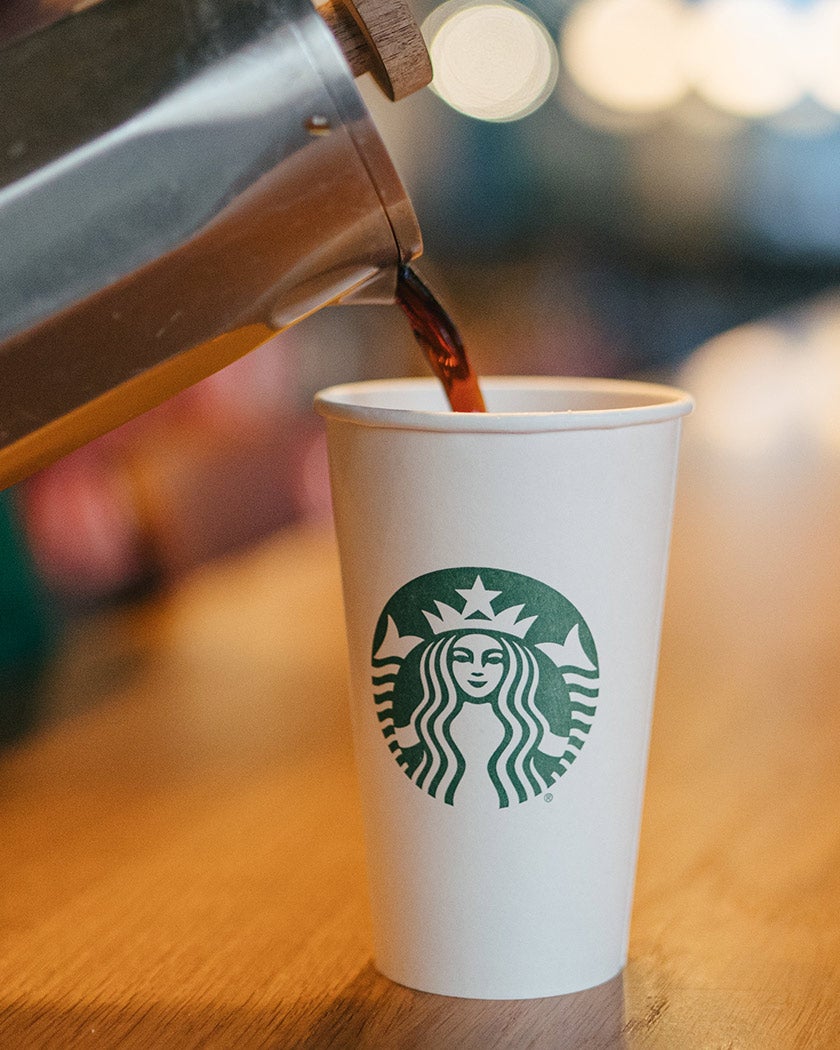 Genuine service. An inviting atmosphere. And a superb cup of coffee, every time. 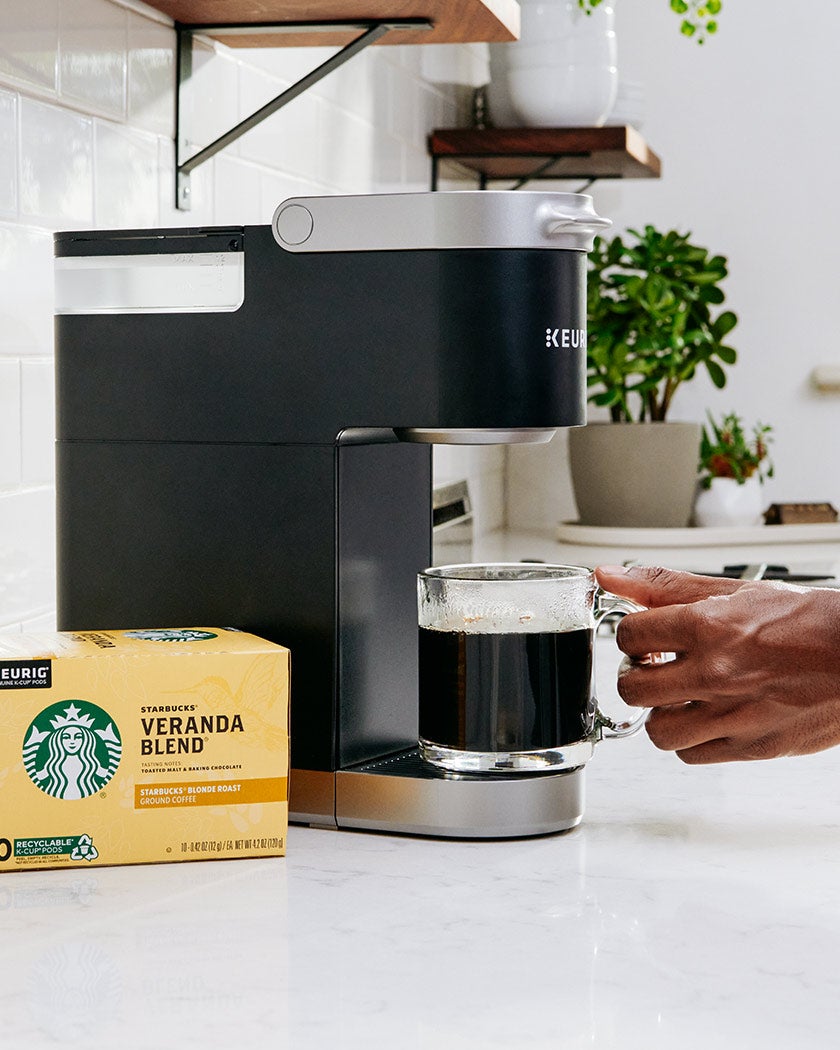 Enjoy your favorite Starbucks® coffee at home. Whether you’re taking a moment for yourself  or treating friends.

A PLACE TO CONNECT

We’re not just passionate purveyors of coffee. Starbucks also brings you everything else that goes with a full and rewarding café experience. We offer a selection of premium teas, fine pastries and a delicious variety of light bites. And the music you hear in store is chosen for its artistry and appeal.

It’s not unusual to see people coming to Starbucks to chat, meet up or even work. Our cafés are a neighborhood gathering place, a part of your daily routine.

At Starbucks everything is done through the lens of humanity. Starbucks has come a long way since that very first café, but it stays true to the same values today. Now, you can even enjoy delicious, high-quality Starbucks® coffee in your own home and connect to the moment, your surroundings, and family and friends.

Brew a coffee of your choice and serve it in your favorite cup, mug or glass to make it yours and create your very own Starbucks® coffee experience.

How to Find the Right Coffee Roast for You <p>If you haven’t yet tasted your way from the light-bodied and mild flavors of a <a class="text--starbucks-green" href="/product-category/starbucks-blonde-roast">Starbucks<sup>®</sup> Blonde roast</a> to the deep intensity of a <a class="text--starbucks-green" href="/product-category/dark-roast">Starbucks<sup>®</sup> dark roast</a>, you might not realize there is a vast and rewarding world of coffees out there to enjoy. With this guide we’ll help you understand the differences between roast categories and help you find your favorite.</p> 2 Minutes